‘Be the change you want to see in the world’, said Mahatma Gandhi. It is correctly believed that leaders become great not because of their power but their ability to empower others. It is to celebrate this spirit of leadership and championship that the Student Council of Hindustan International School- Padur was formed, a much awaited thing for students and teachers alike.

‘The Investiture Ceremony which marks a significant beginning of the new academic session was held on the 27th of July, 2018. The council members were democratically selected on the basis of interview, revelation of the contender followed by casting the vote of the children across grades by means of secret ballot. It was a solemn occasion where the newly elected Council Members were all prepared to don the mantle of leadership and discharge the responsibilities entrusted upon them by the school. The Chief Guest of the day was Deputy Commandant PV Kumar, Deputy officer-In-Charge at CGSMA. The school had also invited parents to witness the great occasion in a students’ life.

The elected Leaders were conferred with badges and sashes by Honourable Chief Guest Deputy Commandant PV Kumar. The students’ council took the pledge to hold the school motto of Loyalty, Truth and Honour in high esteem. Deputy Commandant PV Kumar congratulated them and admonished them to be impartial and honest in discharging their duties. He also exhorted them to uphold the values. He reminded them that with position comes responsibility towards themselves, their school and peers and struggles help one to achieve heights.

The program concluded with a formal Vote of Thanks and the singing of the National Song. It was a memorable occasion for the young leaders as they look forward to a new, eventful and enriching academic year. 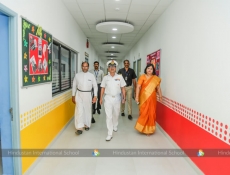 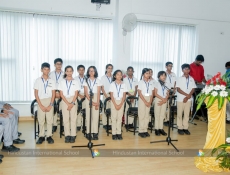 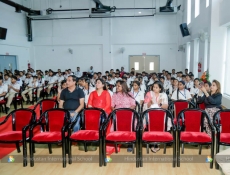 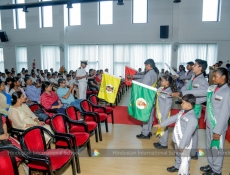 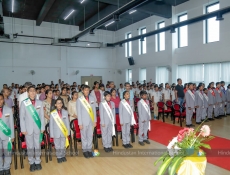 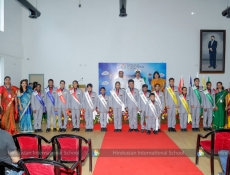 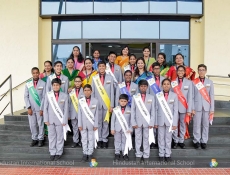