The much awaited Annual Sports Day was held on Saturday 26th January 2019, with great zeal, excitement and frolicsome atmosphere. The programme began with Principal Mrs Priyanka Ghosh Jesuraj welcoming the esteemed gathering and emphasized on the importance of sports in a child’s life. The Chief Guest, Mr.Akilan Pari, National Basketball Player, Inspector of Income Tax, Chennai, and Principal, took the salute of the impressive March Past of the students, coupled with stirring marching music by the school band.

The students entered into the spirit of the occasion in a grand way with the oath being administered by the Sports captain. An energizing equestrian display set the tone for the event. The students displayed a Pom Pom Drill and Aerobics demo mesmerizes the audience with their energetic performances. Once the races began, the air was filled with cheering and tons of encouragement for the young athletes.

It was a delight to see the excitement with which children challenged themselves to attempt a variety of races such as zigzag race, obstacle race, Hoops & Hurdles Race etc.

The young achievers were awarded the medals Gold, Silver, and Bronze by the Chief Guest, who highly appreciated each sports star and applauded the visionary element of the school which nurtures and develops their potential in the sports field. 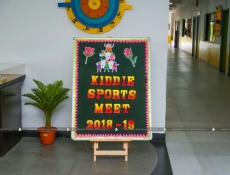 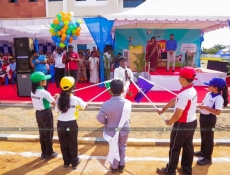 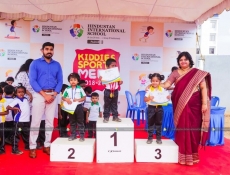 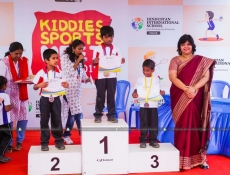 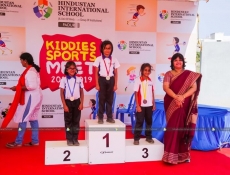 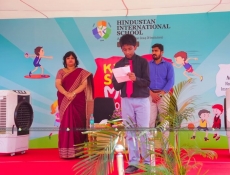